This Event was the idea of Dr Ken Shepherd the Golf Society of Australia and Mr. Tom Moore of the Golf Collectors Society at a friendly match at Royal Melbourne Golf Club in 2002. he purpose of the Event is to promote friendship between the two Groups and seek to preserve the History of Golf as it was played before 1940, with wooden shafted golf clubs.

The Al Howard Memorial Trophy was borne the following year at Royal Sydney Golf Club, when the Howard Family most generously offered the New South Amateur Championship Trophy, won by Mr. T.E Howard in 1921, as the Trophy for this Event.

The format for this unique ‘Event’,(the only one of its kind in Australia) is now played over 18 holes of Handicap Match play, with the winning side having won the ‘Most Holes’. 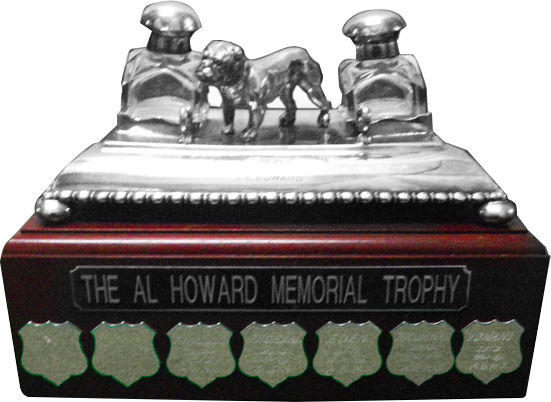